2019 Ockham Finalists Explore the Truth and Issues of Our Times

Four of our best-known novelists – whose novels, appropriately for our times, explore what it means to tell the truth – are in the running for the country’s richest fiction writing prize with today’s Ockham New Zealand Book Awards finalist announcement.

The Cage by Lloyd Jones, This Mortal Boy by Fiona Kidman, All This By Chance by Vincent O’Sullivan, and The New Ships by Kate Duignan are shortlisted for the $53,000 Acorn Foundation Fiction Prize.

'They stood out for their ability to explore personal memory and collective mediation of the truth in new and provocative ways that have a lasting impact on the reader,' says the Fiction category convenor of judges, Sally Blundell.

MitoQ’s chief marketing officer John Marshall says that as one of New Zealand’s newest success stories, it is their pleasure to help emerging writers further enrich the country’s literature.

Peter Biggs says that with poetry undergoing a wonderful resurgence in our country over the last few years, it struck him as strange that the Award for Poetry was unsupported.

'We are thrilled to be involved and hope that the Award continues to recognise poetry’s – and the poet’s – vital role to, as Salman Rushdie says, shape the world and stop it from going to sleep.'

The finalists in the Mary and Peter Biggs Award for Poetry are Are Friends Electric? by Helen Heath; There's No Place Like the Internet in Springtime by Erik Kennedy; The Facts by Therese Lloyd and Poūkahangatus by Tayi Tibble.

'The poetry collections on this year’s shortlist are marked by a striking diversity of approaches to the lyric poem, but all show an ambitious and engaging interest in experimenting with narrative, form, structure and voice without sacrificing emotional resonance,' says this year’s Poetry category convenor of judges Bryan Walpert.

The Royal Society Te Apārangi Award for General Non-Fiction finalists are New York Times best-selling author and academic Joanne Drayton for Hudson & Halls: The Food of Love; lauded and much-loved writer Maurice Gee for Memory Pieces; debut author Chessie Henry for We Can Make A Life, and renowned editor and writer Anna Rogers for With Them Through Hell: New Zealand Medical Services in the First World War.

'We were excited by the fresh and diverse perspectives, new voices, and generous writing reflected in the shortlist, as well as by the appeal and attractiveness of the books themselves,' says General Non-Fiction category convenor of judges Angela Wanhalla.

In the Illustrated Non-Fiction category, the four finalists are: Fight for the Forests: The Pivotal Campaigns that Saved New Zealand's Native Forests by conservationist and journalist Paul Bensemann; Wanted: The Search for the Modernist Murals of E. Mervyn Taylor edited by investigative artist and researcher Bronwyn Holloway-Smith; Tatau: A History of Sāmoan Tattooing by senior curator Sean Mallon with anthropologist Sébastien Galliot, and Birdstories: A History of the Birds of New Zealand by writer, publisher and environmentalist Geoff Norman.

Illustrated Non-Fiction category convenor Douglas Lloyd-Jenkins says the judges were thrilled with the quality and ambition of the short-listed books, all of which clearly stood out from the rest.

'Not only does the shortlist feature some of our best known writers - those with long and illustrious careers - but it also includes newcomers writing out of deep passion and engagement. These 16 books deepen the public discourse on a range of issues and the particular genius of each of their writers lifts them to an emotional plane at which they reward and endure for their readers,' says Ms Todd. 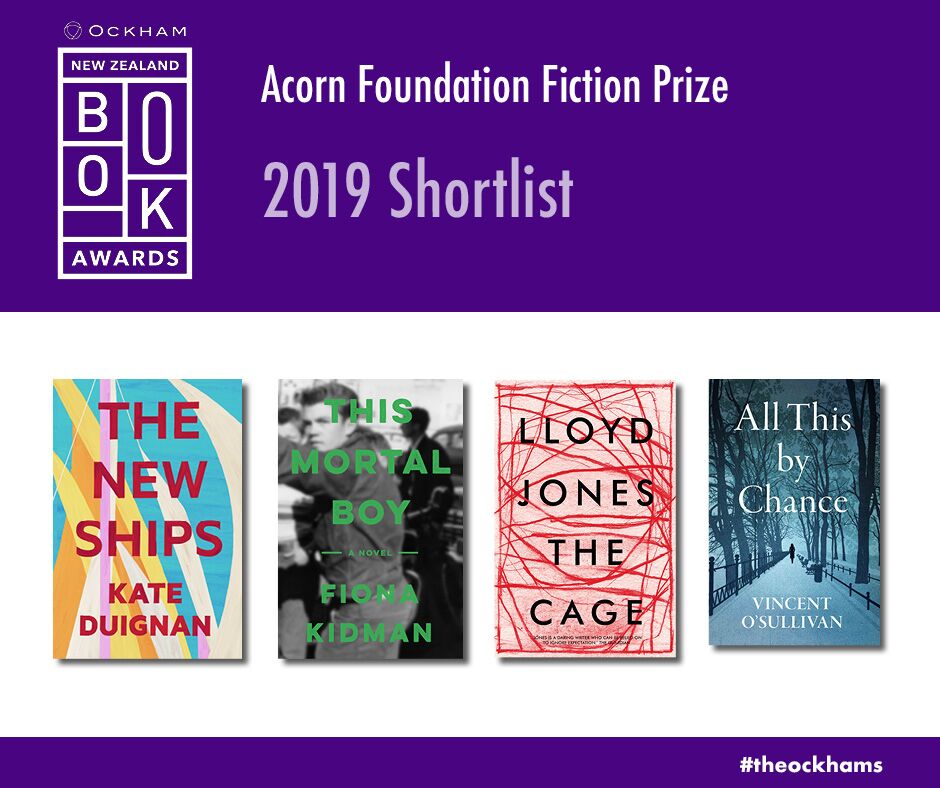 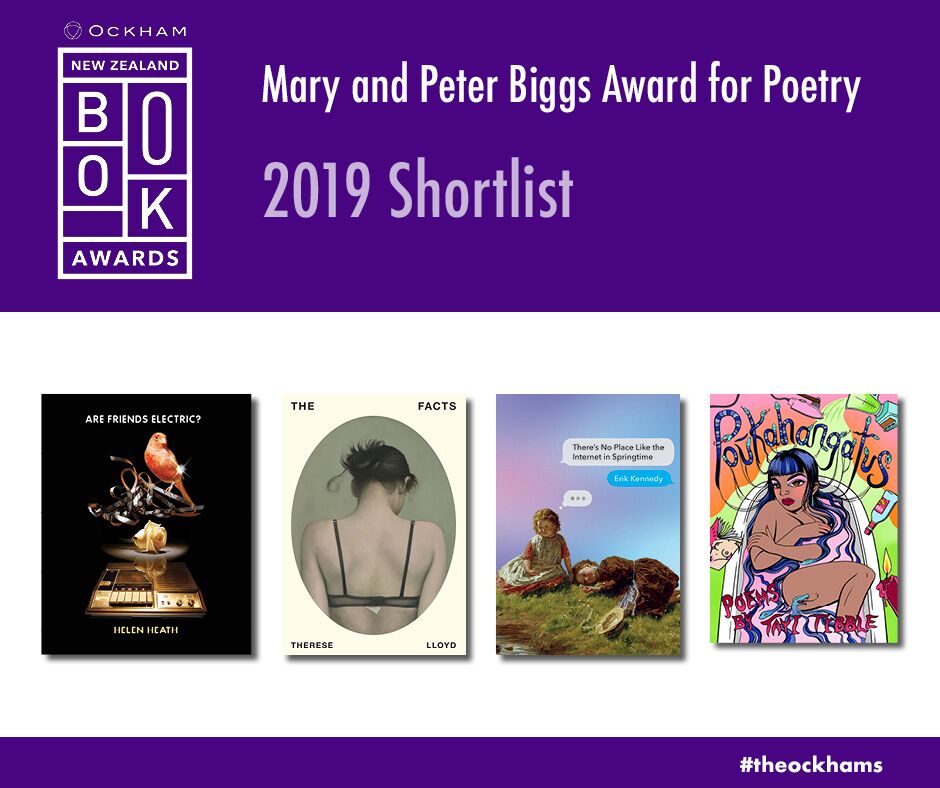 The Mary and Peter Biggs Award for Poetry: 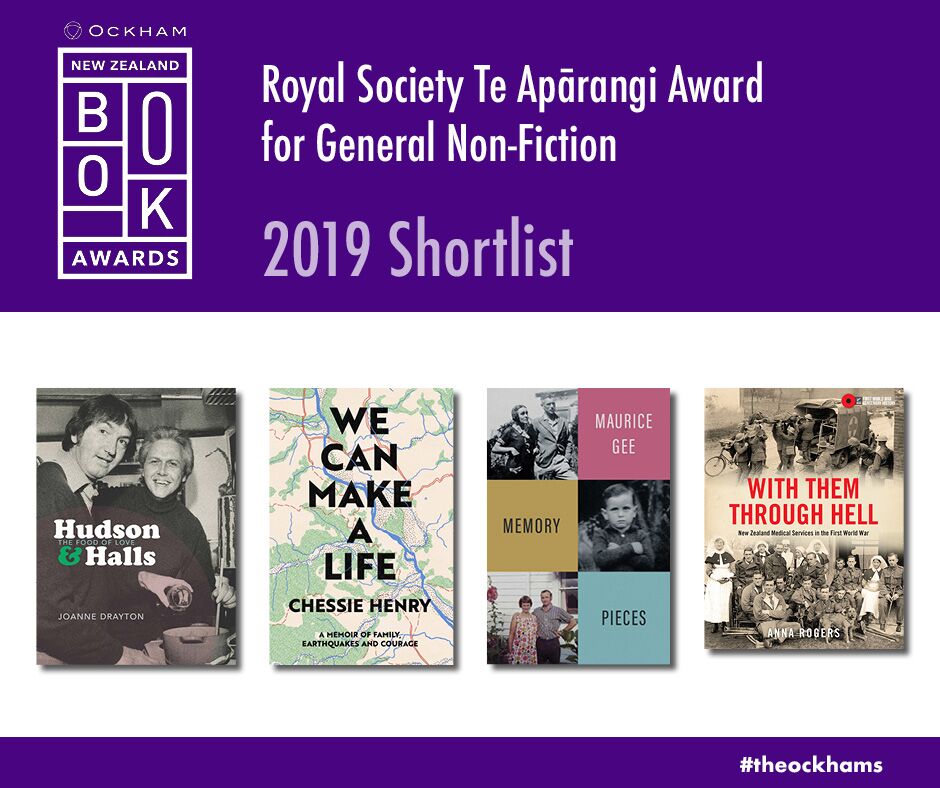 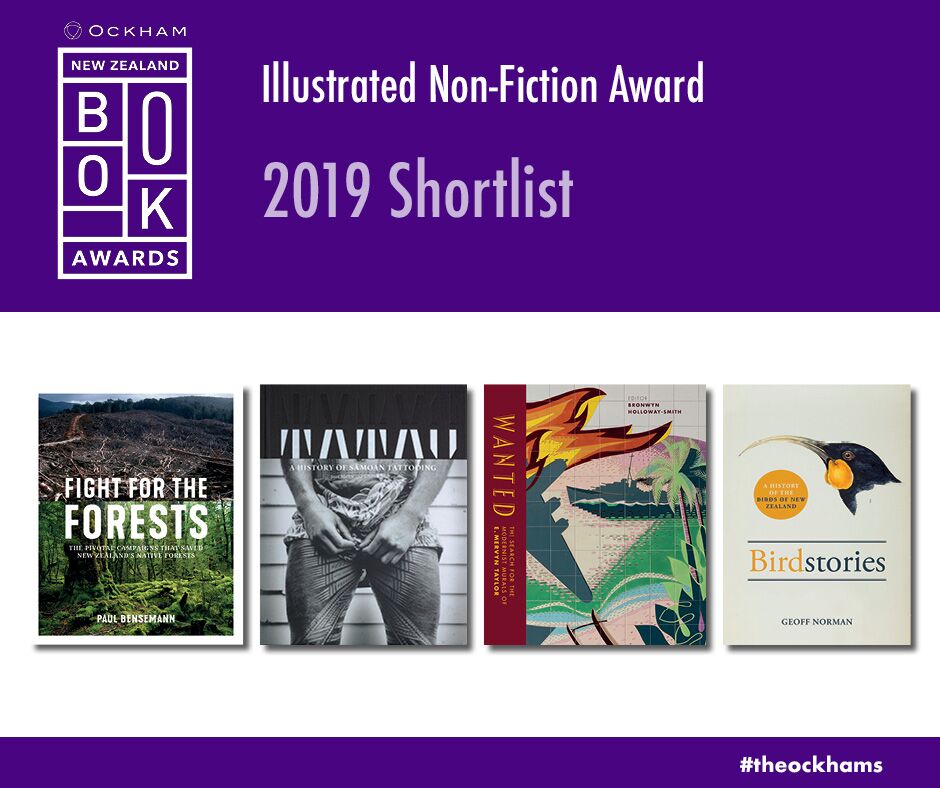 The General Non-Fiction, Poetry and Illustrated Non-Fiction category winners will each receive a $10,000 prize.

The winners (including the four MitoQ Best First Book Awards and a Māori Language Award, presented at the judges’ discretion) will be announced at an awards ceremony on 14 May, at an event in the 2019 Auckland Writers Festival.

To find out more about the shortlisted titles go to http://www.nzbookawards.nz/new-zealand-book-awards/2019-awards/shortlist/

MitoQ is one of New Zealand’s newest global success stories. Founded on breakthrough cellular research undertaken at Otago University, MitoQ® is the only product to directly target the mitochondria. Over 300 reviews and studies have to date been published around the positive effects of MitoQ® on health. MitoQ’s success has placed the company in the exciting position of being able to put back into its communities through sponsorship, particularly in the arts, which are essential to the wellbeing of society. The company is delighted to support the enrichment of New Zealand literature through the MitoQ Best First Book awards.

Mary and Peter Biggs CNZM are long-time arts advocates and patrons – particularly of literature and theatre. They have funded the Biggs Family Prize in Poetry at Victoria University of Wellington’s International Institute of Modern Letters since 2006, along with the Alex Scobie Research Prize in Classical Studies, Latin and Greek. They have been consistent supporters of the International Festival of the Arts, the Auckland Writers Festival, Wellington’s Circa Theatre, the New Zealand Arts Foundation (Peter is a Trustee), Featherston Booktown (Peter is Chair and Mary is a Board member), the New Zealand Book Council (Peter is Chair), the New Zealand Symphony Orchestra (Peter is a Board member), the Featherston Sculpture Trust and the Kokomai Arts Festival in the Wairarapa. Peter was Chair of Creative New Zealand from 1999 to 2006. He led the Cultural Philanthropy Taskforce in 2010 and the New Zealand Professional Orchestra Sector Review in 2012. Peter was appointed a Companion of the New Zealand Order of Merit for arts governance and philanthropy in 2013.