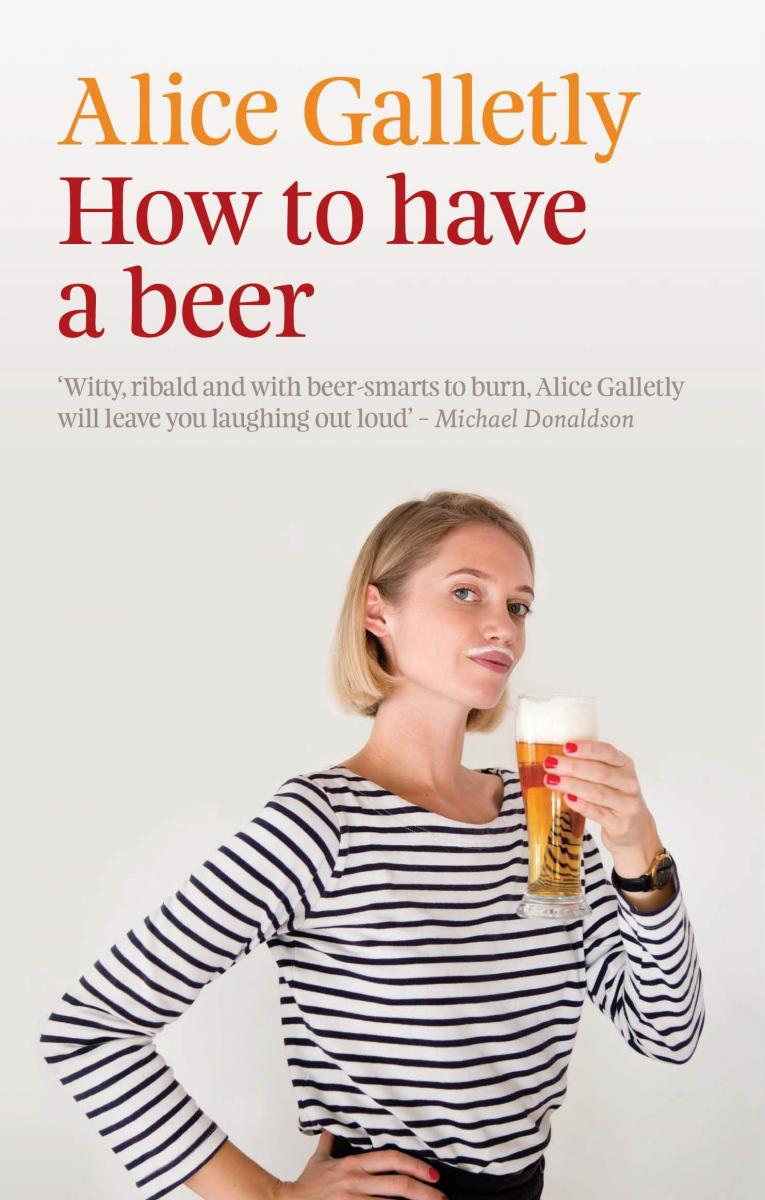 Don’t spill your pints, guys, New Zealand has a newly crowned Beer Writer of the Year - and she’s a woman!

Announcing Alice’s win at the Guild Awards dinner in Christchurch, Guild representative Martin Bennett noted, 'What set this writer apart from a talented field was the sheer force of personality in the writing. As one judge said, the winning writing was ‘entertaining, witty, open, personable and engaging. Reading it makes you feel like a friend who's been invited in for a beer and a chat’. Another judge wrote: ‘Funny, feminist, feminine, while still being massively accessible, knowledgeable, wry, and with lashings of personality’.'

Alice, who writes a regular column in Air New Zealand magazine Kia Ora, attributes her win to those columns and her book How to Have a Beer. 'It’s a very non-serious, personal guide to enjoying beer, full of silly anecdotes and jokes', she says.

Alice’s first dabble into beer writing was in 2011 with her Beer for a Year blog, where she tasted and recorded her thoughts about a different beer each day for a year. She recalls, 'It was an incredibly exciting time to be writing about beer because it was all so new. Here we’d been used to drinking these bland lagers for so many years and all of a sudden you could buy coffee porters and smoked ales and IPAs. I wanted everyone to be as excited about all this new beer as I was, and that’s pretty much what spurred me on to write the blog.'

Alice is quick to admit she knew very little about beer when she started the blog: 'I don’t think I even honestly knew what beer was made of! I probably wrote a lot of rubbish. But over the course of the year I learned a lot, and got to know lots of lovely people in New Zealand’s beer community. People always ask me if I got sick of beer during that year, but I’m still drinking and writing about it six years later, so clearly not!'

So what’s the secret to her award-winning success? 'My approach with beer writing is always to write for non-geeks first and foremost, and to make it as fun and accessible as possible', Alice says. 'The mission of course, is to convert unsuspecting lager drinkers to our cult.'

And her thoughts on becoming New Zealand’s champion beer writer? 'Of course I’m thrilled. I didn’t want to get my hopes up, because although we don’t have a huge pool of beer writers in New Zealand, the overall quality is high. And of course it feels good to, as a friend put it, "break up the sausage-fest" that was the Beer Writer of the Year hall of fame.'

How to Have a Beer by Alice Galletly is published by Awa Press (RRP$26), and is available at good bookstores nationwide.