Babies need an instruction manual - but which one? by Angela Cuming

If there is one thing in this world that should come with an instruction manual, it’s a baby.

And while that has yet to eventuate, happily for nervous first-time parents and seasoned mums and dads looking for some extra help and encouragement the next best thing is available: parenting books. 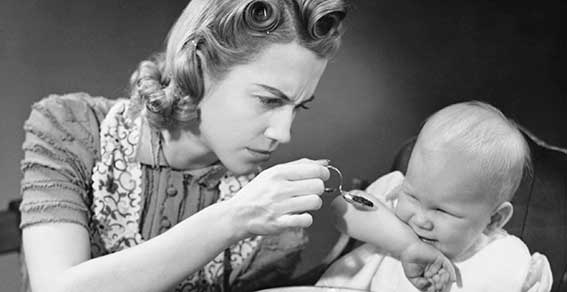 The advice given in parenting books, and their overall tone and style, has varied markedly over the years. While not all books have been as clinical as John B. Watson’s 1982 book Psychological Care of Infant and Child, which advised against hugging or kissing your child, the books of today are often a far cry from the ones our mothers or grandmothers read.

The Read spoke to Bronwyn Wylie-Gibb from Dunedin’s University Bookshop, and Wendy Tighe-Umbers from Time Out Bookstore about trends in parenting books; as well as Michele Powles and Renee Liang, authors of When We Remember to Breathe, and Dr Natalie Flynn, author of Smart Mothering for this mother’s day-adjacent article.

Back in The Day...
Bronwyn Wylie-Gibb, a buyer at Dunedin’s University Book Shop, has been in the trade for 32 years and says when she started selling books things were a lot different.

'Back then there were not many titles to choose from, were very gender-specific and very much written for the mothers and the mothers only,' she says.

'And, in an irony not missed even at the time, they were all written by men.

'Not only that, they were often written by men who did not have children themselves or, if they did, had very little experience actually raising them on a daily basis.' 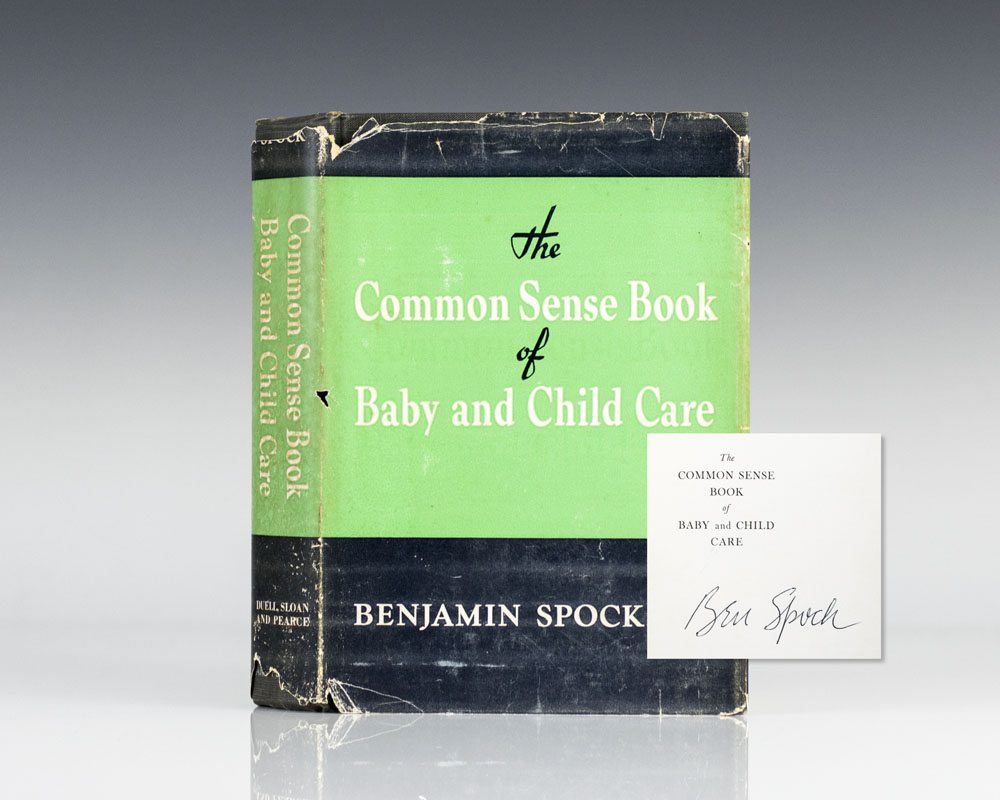 Published in 1946, Dr. Benjamin Spock’s The Common Sense Book of Baby and Childcare was the first parenting book to go mainstream, selling nearly a million copies on release. Propelled by the baby boom and a positive, balanced approach – it was the first parenting book that advocated treating each baby as an individual with its own needs and wants – it was the second-best selling non-fiction book for more than 50 years. Only the Bible outsold it.

'My generation listened to men like Dr. Spock, it was the only thing there,' says Tighe-Umbers. 'As mothers we all just bought Dr. Spock and did what he told us to do.'

Societal Change
But as society and attitudes towards parenting changed, so too have the books.

'Nowadays the books are very much about parenting, about both mum and dad, and not just the mum,' says Wylie-Gibb.

'There’s also a lot more men either buying books or people buying books for them and there’s definitely more books arising out of what I would term the ‘dad experience’, which takes the point of view of raising a child from the dad’s perspective.'

There was a trend in the late 1990s and early 2000s for books to focus on routine and sleep training, says Tighe-Umbers.

'I remember around 2002 all people wanted to buy was Gina Ford and Diane Levy,' she says.

Ford’s 1999 book The Contented Little Baby Book was all about a daily routine for the baby and the parents, with the day divided up into very precise and rigid slots, and, although popular, has divided parents ever since it was first published.

Levy’s 2002 book Of Course I Love You, Now Go to Your Room, was hailed as a breakthrough in modern parenting books, with an emphasis on teaching children to handle and experience their emotions. 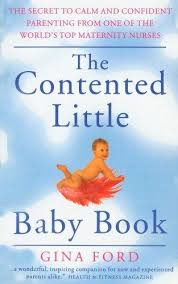 But what types of books do parents buy today?
According to both Tighe-Umbers and Wylie-Gibb, the most popular parenting books fall into two distinct categories: practical and evidence and fact-based books and light-hearted, conversational and humorous books.

'Parents are really wanting either common-sense books that are backed up with lots of research or a book that will give them a good old belly laugh and not make them feel like they are the only mum up at 4am with a screaming baby,' says Tighe-Umbers.

'For example, still very popular are anything by Kaz Cooke, and of course the two books by Emily Writes, Rants in the Dark and Is It Bedtime Yet?, which are always really good books for parents who are finding themselves at the end of their tether.'

Both booksellers name Dr Natalie Flynn’s Smart Mothering as the most popular book in the “common sense” category.

Published only in March, Smart Mothering is described as a book that cuts through the ‘BS’ to explain what the science says about caring for babies and separates the facts from the opinions.

The popularity of the book is welcome news to Dr Flynn, a clinical psychologist and mother-of-three, who refers to the book as her “fourth child”.

Dr Flynn says she wrote the book because she could not find one like it on the market.

'It is a research-based book and the reason it is researched based is that there a number of parenting books that claim that they are researched based but when I had a really good look at them what I found more often than not was that the author had an opinion, and then bolstered that opinion by picking and choosing research,' she says.

'So the point of difference is that I have really looked at the body of research behind the choices that we make as mothers for ourselves and our babies.'

Dr Flynn described the book as a risk, but says people stop her in the street to thank her for writing it.

'Back when I had young babies, what I found was that the books I read back then made quite sweeping promises,' she says.

'For example I read The Happiest Baby on the Block by Harvey Karp. I had one baby that was quite colicky and what I remember about this book is that it did give some good tips on how to soothe a colicky baby, but the problem was if it didn’t work then it was easy to put the blame on myself and think "Oh I must be doing something wrong".' 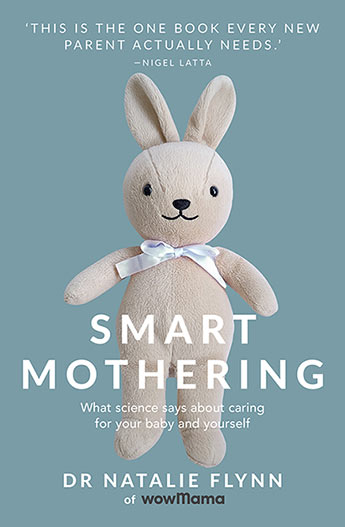 Dr Flynn says baby books of past often didn’t consider each individual baby’s temperament or look at each mother as an individual.

'And you can’t make big promises about crying and sleeping, not really,' she says.

'So what I found really interesting is fast-forward 10 years when I was researching my book was I re-read those books and read the updated versions and what I found was things had changed, the books that were all about letting a baby cry it out had now softened for the new editions.

'That’s why I really just wanted to do a book that took all that white noise out, so to speak, and just find out what the research says, what it really says, about things like breastfeeding and bed-sharing and vaccines.'

Books about the experience of parenting
On the other end of the spectrum are equally popular parenting books that are not about research, or facts, but rather about feelings and the shared experiences all parents, particularly mothers, have.

'Oh god no we aren’t like most other books!' says Renee Liang, co-author of When We Remember to Breathe.

The book, co-authored with Michele Powles, claims to 'lay bare the raw joy, beauty, discomfort and humour of modern motherhood'.

'Our book is not instruction based, not about facts or figures or how to get your baby to sleep,' she says.

So what is it about?

'We hope that it comes across – even though it was written by two very tired mothers – as showing the powers of observation that I guess writers nurture,' Liang says.

'It’s a memoir, a correspondence, it’s not supposed to instruct at all. “It is about sharing, and finding common moments that all parents share and it goes into the feeling stuff as well, because when you have children you gain a lot, but you also lose a lot too, or at least you think you lose a lot.' 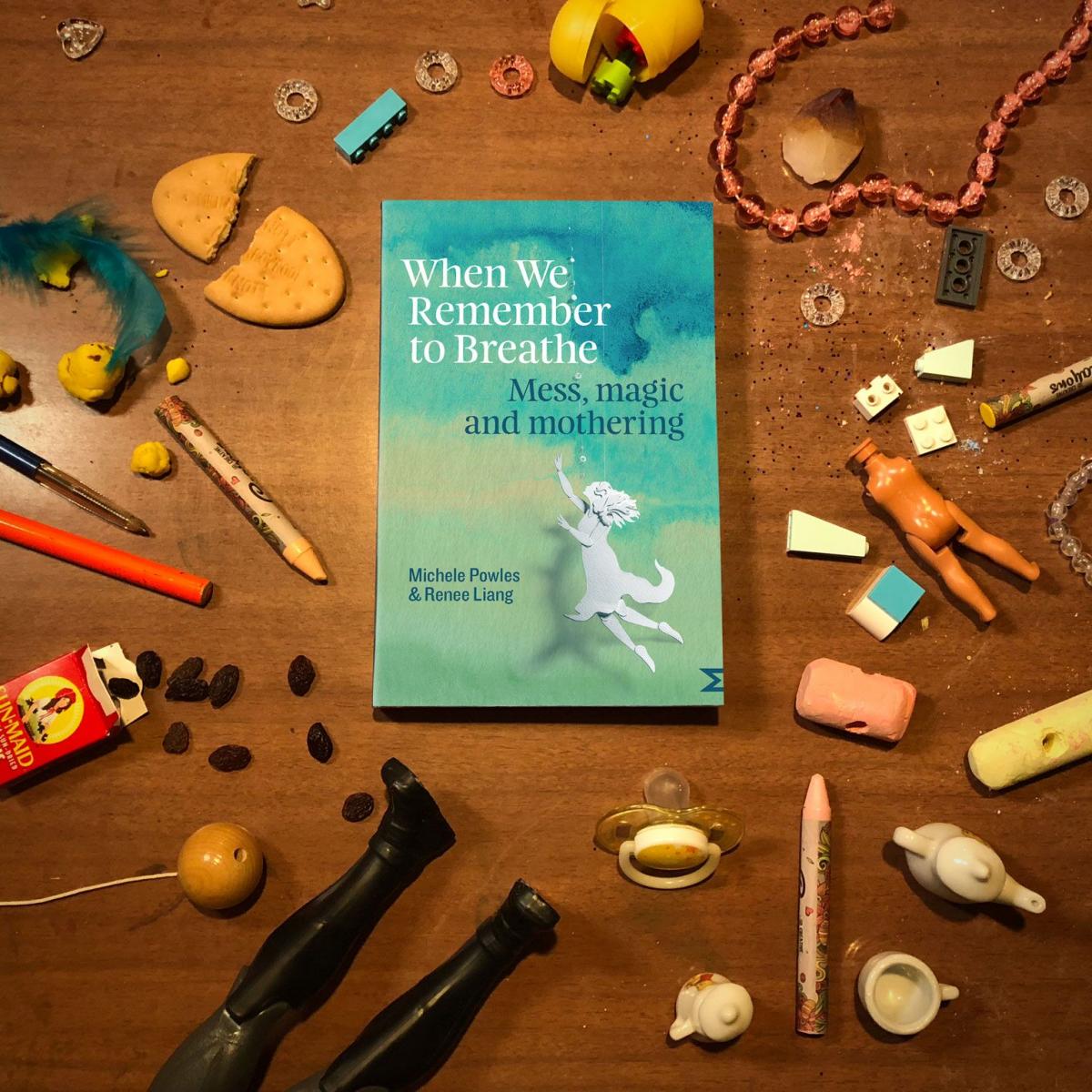 The Perfect Baby Book?
Do the booksellers themselves have any advice to offer when it comes to choosing the perfect baby book?

'Well, I think choosing a baby book is a little bit like buying clothes in that it all comes down to personal choice,' says Wylie-Gibb.

'Go for something humorous,' she says.

'Don’t forget you will have a lot of time to be doing a little light reading when you are awake at 4am with a screaming baby.'