Going West Writers Festival celebrates its 25th anniversary with the launch of its treasure trove of curated audio files, available via podcast to lovers of words and ideas from Friday, 19 June. 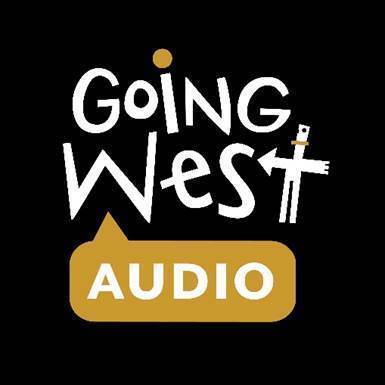 Festival producer, James Littlewood says the limitations brought about by COVID-19 prompted the team to pull together a long-held dream of bringing two decades of recorded words and ideas from Aotearoa’s best writers to new and existing audiences.

“We have a massive vault of literary taonga. Every year we have recorded Festival sessions to broadcast standard. They’ve just been sitting there, waiting for a time like – now! Some of the Festival’s best in-conversation events, discussions and performances will be on offer, on your favourite podcast platform from this Friday.”

Tune in to the Festival’s very first session from midday this Friday, almost 24-years to the day from its live iteration in June 1996:  Ngahuia Te Awekotuku, Bernard Makoare and Robert Sullivan discuss and recite Māori oral and written literature with Makoare also playing taonga puoro. Tū – Moana Maniapoto and Paddy Free’s sold out 2018 musical performance will be released from this time, too, as will a stunning oratory from the Festival’s 2017 Curnow Reader, Selina Tusitala Marsh.

Festival podcasts will be uploaded every Monday, Wednesday and Friday until late-September. Expect to hear from literary taonga like Michael King deliberating on the social function of togetherness in the week following 9/11, Albert Wendt describing his arrival in Aotearoa as a mono-linguistic Samoan child, Witi Ihimaera’s highly charged, multi-layered journey through memory and emotion with Sue Orr, and in a key historical moment Festival Patron, Maurice Gee reading from his novel Going West, from the very spot in Henderson that inspired it.

Going West Writers Festival co-founder and chair, Naomi McCLeary (MNZM), says she is excited that the podcast platform can bring these electric, moving, amusing, insightful and entertaining moments to all New Zealanders.

“I am thrilled that these vast archives are being given a new lease of life. Their music and words have extraordinary breadth and depth; they traverse time, tackle difficult themes, explore new pathways and contain moments of musical, poetic and literary genius.

“It’s important to acknowledge the West Auckland Research Centre, part of Auckland Libraries, whose initiative and support have enabled both the recordings and the professional archival storage of them. We owe them a debt of gratitude.”