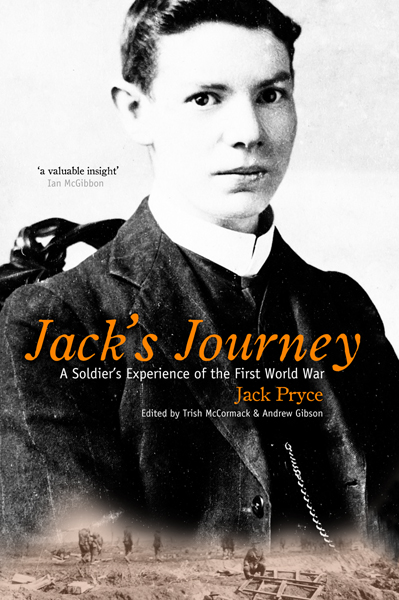 When Jack Pryce sailed to war in 1915 with the Otago Infantry Battalion he was restless, wanting to "make good" of his life. Experiencing the carnage of Gallipoli and Passchendaele and other epic battles on the Western Front, he rose through the ranks to gain his commission.

From the hell of the trenches to the exhilaration of being a "vagabond" adrift in the world, this is the story of a young man experiencing life at its most deadly while never losing his humanity or zest for living. Written on troopships and in training camps, bivvies, trenches and dugouts, his letters have been cherished by his family ever since. None have been published before.

'Jack's letters to family members not only highlight his humanity, compassion and self-awareness, but also offer a valuable insight into the experience of New Zealand soldiers in the war to end all wars.'
Ian McGibbon

'A poignant story ... This extensive collection gives a clear understanding of the psyche of one young man's voyage into maturity under very tough conditions.'
Rae McGregor

Distributor in New Zealand: Can be ordered from glacierpress@gmail.com