One month on from the mosque shootings in Ōtautahi, we are all still grappling with what this means and what we need to do differently to stop it ever happening again.

Selling books in a crisis situation
Ōtautahi booksellers are sadly no strangers to having to respond to local tragedies. In the immediate aftermath of the shootings, staff at Scorpio Books in Ōtautahi created a display window of books themed around Islam, peace, and dealing with grief. ‘Waiho i te toipoto, kaua i te toiroa - let us keep close together, not far apart’ was written on the window.

Kit Lyall is a Shop Floor Manager at Scorpio Books. They said that creating that display and looking for books specifically about Islam and Muslim people made them realise they didn’t have much stock. ‘We had a few books about the history of Islam, which sold immediately. We also had people buying the Q’aran for student centres. It’s really widened our look at what’s available that we wouldn’t think to regularly stock - and made us question what we have on our shelves that doesn’t need to be there.’

Like Whitcoulls, Scorpio pulled Jordan Petersen’s book for a few days. Lyall says recent events have provoked a lot of conversations among staff about the power and role of booksellers’ choices in terms of which books are highlighted and which are not. Lyall says they would welcome lists from sales reps focussing on books by and about Muslim, migrant and refugee New Zealanders.

Representation matters
Mehria Nouri is a Muslim woman who came to Aotearoa as a refugee when she was seven years old, and is now close to completing her BA in Anthropology at Massey University. She became an avid reader as a child partly because of her need to learn English. She says: ‘As a kid it was a long time before I found a character I could relate to. The first one was probably Hermione Granger in Harry Potter, just because we were both bookworms with bad hair. But I was desperate so that was enough.’

Muslim poet Nida Fiazi came to Aotearoa from Afghanistan as a refugee when she was very young. She says: ‘When you don’t see yourself being represented, you think your own identity isn’t right. Do I have to mold myself to fit what is being put out there? Is what I am wrong?’ She wants there to be more Muslim characters in fiction whose entire identity isn’t defined by their religion. ‘I would love to see a Muslim protagonist who fights dragons and then takes a break to say her prayers!’

Nouri says: ‘Even Muslim writers have internalised the belief that readers don’t want to read about our experiences, unless it’s the terrible sob story of how we made it out of a war zone.’ Nouri and Fiazi agree that authors don’t have to be Muslim themselves in order to write Muslim characters, as long as they think critically and do their research.

Importance of language
Following on from The Read’s investigation into publishing in translation, we checked in with a couple of Kiwi publishers who are creating bilingual books and books in languages other than English.

At One Tree House, Jenny Nagle and Christine Dale are publishing bilingual books for children in English/Hindi and English/Arabic - as well as Te Reo Maori, Tongan, Samoan, and simplified Chinese - because they want everyone in NZ society to feel included and valued. They report their bilingual publishing programme is going very well, and they’re now being asked for books in Russian, Afrikaans, Hebrew, and Urdu, among other languages.

‘We’ve seen the powerful impact of having bilingual materials in primary schools. For example, a grandmother walking her grandchild to school had very little English. She was invited into class where the teacher read the English part of the book and the grandmother read the Hindi part. It was more than just “inclusion”, it was almost a transformation. It made her part of the whole experience. We hope our books will go home too, and help keep community languages alive in more than just a functional sense.’

Being able to tell stories and create art in your own language is very important. Fiazi says: ‘We spoke Dari at home but only about very limited topics - food, how was your day, and so on. We didn’t have philosophical debates or anything like that, so my native language became very childlike.’ Fiazi is working on a series of poems about this experience of loss.

NZ books about migrant experiences
With unintentionally surreal timing, Landing Press launched their new book of poetry by NZ migrants and refugees just days after the mosque shootings. In her review, Ashleigh Young said: ‘At the launch of More of Us on March 21, almost a week after the attacks in Christchurch, armed officers stood outside the building. The event itself felt intent in its focus and purpose, but also joyful. A number of poets stood up to read. Something about their delivery and the atmosphere made it one of the most moving poetry readings I’ve ever attended.’

More of Us was edited by Adrienne Jansen, whose career has been spent among migrant and refugee communities of Aotearoa. She has written many books on the subject, including The Crescent Moon: The Asian Face of Islam in New Zealand (with Ans Westra for the Asia NZ Foundation); Migrant Journeys – New Zealand Taxi Drivers tell their Stories (with Liz Grant and Michael Hall, from Bridget Williams Books); and I have in my arms both ways: life stories of ten immigrant women (reprinted by BWB).

More Of Us features poems by writers from 29 different countries, many of whom have not had work published before. Jansen and her colleagues at Landing Press had to work hard to find these writers, putting out calls for submission through migrant organisations, as well as more well-established literary channels, and running writing workshops at high schools and adult learning classes. They also did a lot of editing work alongside the poets. Jansen says: ‘We’re all talking about inclusiveness but it’s actually incredibly labour-intensive.’ 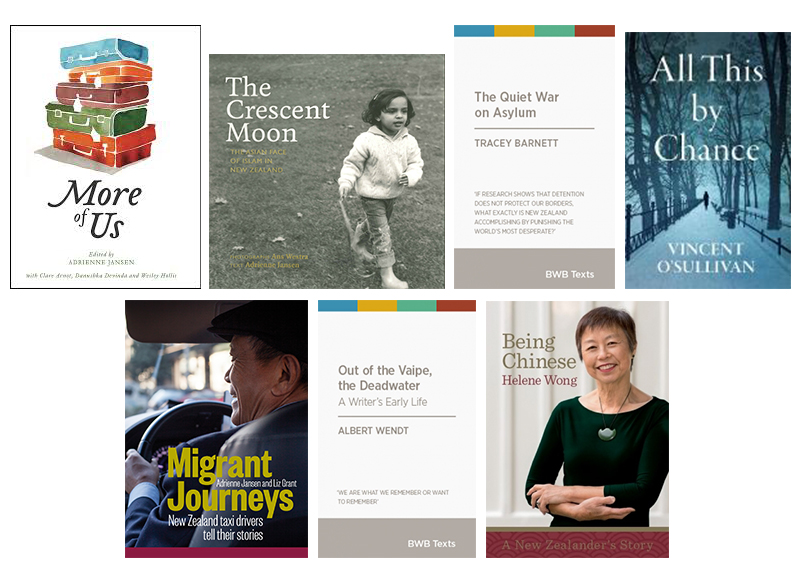 As well as the books mentioned above, Bridget Williams Books also has the following titles about migration: Being Chinese by Helene Wong; Fair Borders?: Migration Policy in the Twenty-First Century edited by David Hall; Doing Our Bit: The Campaign to Double the Refugee Quota by Murdoch Stephens; The Quiet War on Asylum by Tracey Barnett; Island Time: New Zealand’s Pacific Futures by Damon Salesa; and Out of the Vaipe, the Deadwater by Albert Wendt.

Fergus Barrowman of Victoria University Press says: ‘Migrant stories have always had a central place in New Zealand fiction. Recently, the central story of Vincent O’Sullivan’s All This by Chance is about the legacy of the Holocaust in New Zealand, and a more recent part of the story is about people-smuggling from Africa to Europe.’

‘Indeed the winner of the Poetry New Zealand competition in 2018 was Fardwosa Mohamed, a young New Zealand born doctor whose Somali parents were refugees. Some very interesting writing is coming from those communities and we would agree that its publication will reduce intolerance, increase empathy, and help defuse tensions.’

The future is multicultural
Little Island Press, which has strong multicultural kaupapa, also launched a book in the immediate aftermath of the mosque terror attacks: Samoan Queer Lives, edited by Yuki Kihara and Dan Taulapapa McMullin.

Publisher Tony Murrow says the launch was sombre, but also joyous. ‘The book is all about wanting to live in a world where diversity is appreciated and supported.’ He says that funding community publishing - in English, bilingually, and in community languages - is absolutely essential. At Little Island Press, they do this as a social enterprise: commercial work funds their multilingual publishing programme. 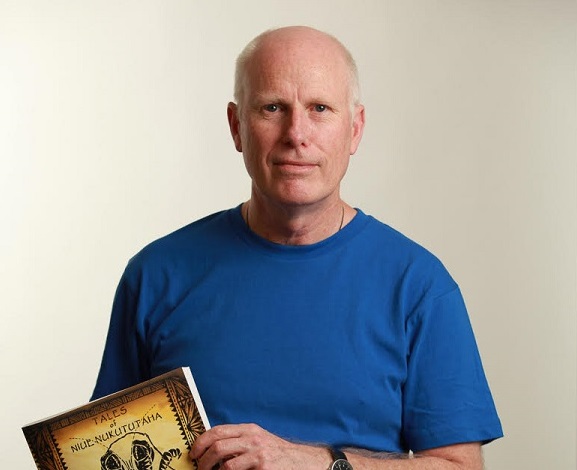 Murrow also emphasises the importance of print books. ‘The written word helps stabilise a culture and gives its people a sense of where they sit in the world. As the generations go on, they ways we look and behave will change, but our cultural roots will still be there to be drawn upon. We need the strength and the resources to sustain that.’

Murrow says he would like all Kiwi bookshops to be more welcoming of cultural diversity. ‘Bookshops are the kind of place where a certain type of person is going to feel fantastic. We need to make bookshops more comfortable for more kinds of people, particularly the Muslim and Pasifika communities. It can happen but we’re not living it every day yet.’

Increasing global migration - partly driven by climate change - means that Aotearoa is most likely going to get more multicultural over the next few decades. Books have a key role to play in building bridges between different kinds of people and helping us understand one another. 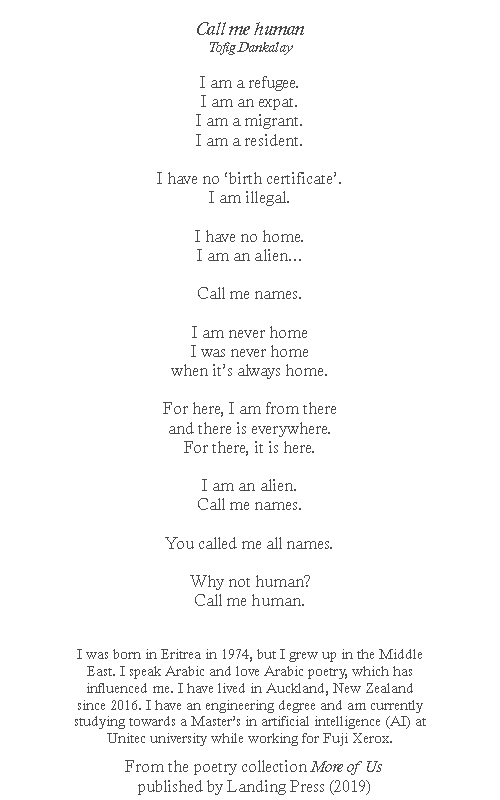 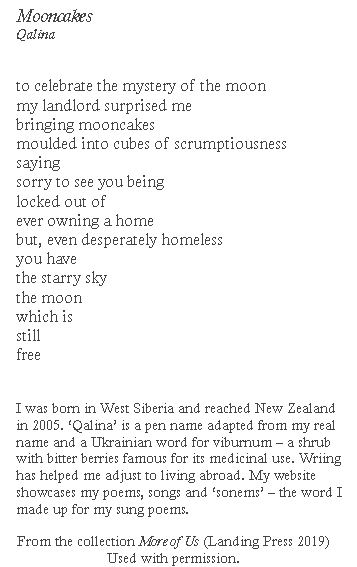