The anonymous benefactor responsible for funding the Ockham New Zealand Book Awards’ $50,000 annual fiction prize is ready to be known. 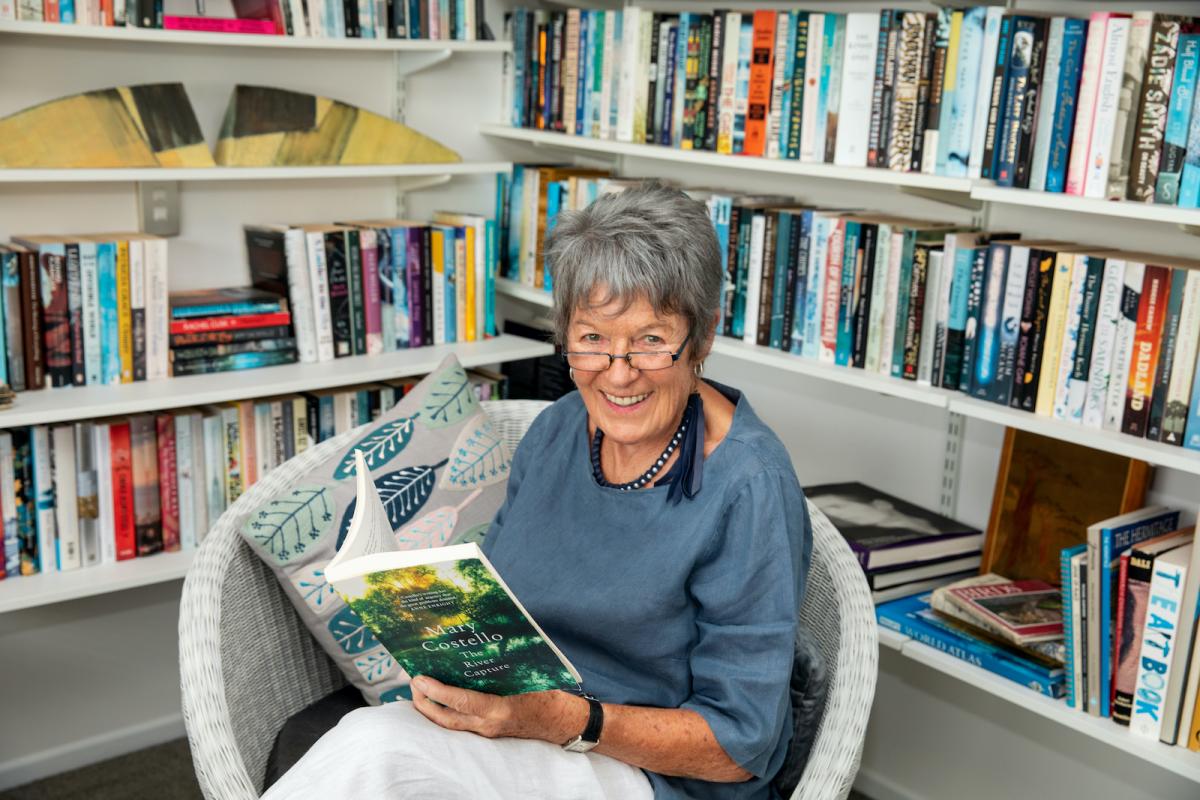 Retired Bay of Plenty radiologist Jann Medlicott has been an avid reader her whole life and believes we cannot call ourselves a civilised society until we celebrate our writers and poets as much as we do our sporting heroes and heroines.

“Our novelists have a deep understanding of the human condition and can convey it in all its messiness. We need them,” she says. “Everything I’ve read in my life has made me who I am. I believe we are products of what we read, not what we eat.”

The winner of the fiction award – now to be known as the Jann Medlicott Acorn Prize for Fiction – will be presented with $55,000 in 2020. It is one of the world’s richest literary honours.

Medlicott said the idea to support New Zealand novelists came to her in 2015 after she returned from a trip abroad. “I’d travelled extensively and found myself thinking there was no other place I felt compelled to go to. I developed this idea that I could fund a major new prize for New Zealand fiction. It did feel really quite outrageous, but I spoke to a friend, then went to the Acorn Foundation, who began discussions with the New Zealand Book Awards Trust.”

The Acorn Foundation is a community foundation based in the Bay of Plenty, which encourages people to leave a gift in their wills and/or their lifetimes. Donations are pooled and invested, and the investment income is used to make donations to local charities or in accordance with the donors’ wishes.

Late last year, Medlicott was diagnosed with pelvic cancer. She has now completed radiation therapy for the unexpected recurrence of a tumour 14 years after initial diagnosis and surgery. “I had been considering whether to make myself known, but the cancer diagnosis was a wake-up call and a reminder that we’re all on a continuum between being and not being, and that I’d better get a move on.”

She had initially chosen to donate anonymously from a desire to live without the pressure of recognition as a major philanthropic benefactor.

“But circumstances change. Supporting New Zealand writers gives me a good deal of satisfaction. I want to make myself known to encourage others to step up and donate in any way possible.”

Born in 1942, the middle child in a family of five, Medlicott spent her early years in Kohi, rural Taranaki. She learned to read at an early age and developed a fascination for words and stories. “I experimented with words at meal times, with mixed results! The Oxford Dictionary was a favourite and I browsed it at random,” she says.

“By intermediate school age, I had devoured most of the 19th Century novels on the shelves. From secondary school, Katherine Mansfield’s The Dolls House and Virginia Woolf’s Mrs Dalloway are vividly recalled as transitional. The beauty of the prose became as important as the narrative.”

During her medical training at the University of Otago, Medlicott read books in between shifts as a barmaid and as a nurse aide at what was then Porirua psychiatric hospital. By the time she left to work in England, she had a collection of more than 1,000 books.

She says the extent of her overseas travel has strengthened her appreciation of New Zealand. “I have an absolute commitment to where I am from, that’s why I want to support our writers.”

“I can unequivocally say that our literature is as good as any in the world. We need to look at new and innovative ways to support our writers. If you go to any other country, there are shelves and shelves of books of their own writers; they showcase it.”

Jann Medlicott has been involved in private radiology practice in the Bay of Plenty since 1988, latterly as a partner in MEDEX radiology. She retired in 2011.

The New Zealand Book Awards Trust chair Nicola Legat says that New Zealand literature has a true patron saint in Jann Medlicott. “Not only is Jann’s endowment of the fiction prize a remarkable act of generosity, but she is also deeply invested in New Zealand literature, reading widely and knowledgeably and keenly aware of how important it is to our national cultural conversation. We are hugely grateful to her.”

The 40 books longlisted for the 2020 Ockham New Zealand Book Awards were announced late last month. The Awards’ 16 finalists will be announced on 4 March 2020. The winners in each of the Awards’ four categories – fiction, poetry, illustrated non-fiction and general non-fiction, as well as the four MitoQ Best First Book awards, will be announced at a ceremony on 12 May as a marquee event during the 2020 Auckland Writers Festival.

The Jann Medlicott Acorn Prize for Fiction is judged this year by author, journalist and reviewer Mark Broatch; short story and non-fiction writer Nic Low (Ngāi Tahu) and Chris Baskett, an independent Tauranga bookseller of 20 years’ standing. An international judge, whose identity will be revealed in March 2020, will join them to decide the ultimate winner from their shortlist of four.

To find out more about the longlisted titles go to http://www.nzbookawards.nz/new-zealand-book-awards/2020-awards/longlist/