Honestly, what hasn’t Paul Greenberg done in the trade over the last 50 years? Until a few days ago the only real answer was ‘retire’, yet sadly that has finally been accomplished. Paul has worked at Reeds, Macmillan, David Bateman, and John Wiley; he’s represented Woodslane, Ingram, and Oxford. He co-founded the book distribution company Ralston Green in the 80’s with his partner Joan Ralston. And for the last 20 years he has operated Green Phoenix Marketing – again with the inimitable Joan (really, the Steve Wozniak to Greenberg’s Steve Jobs).

If one wanted to create a complete list of jobs or bookshops or booksellers Paul has influenced, it would begin to look ridiculous - because Paul’s presence in our trade has been profound. Here are a few thoughts and recollections from booksellers who know him: Tilly Lloyd and Marcus Greville from Unity Books in Wellington, Bruce McKenzie from Bruce McKenzie Booksellers, Bill Noble formerly of UBS Otago, Niki Ward from Ekor Bookshop, and Gary Pengelly from Thorpe-Bowker. 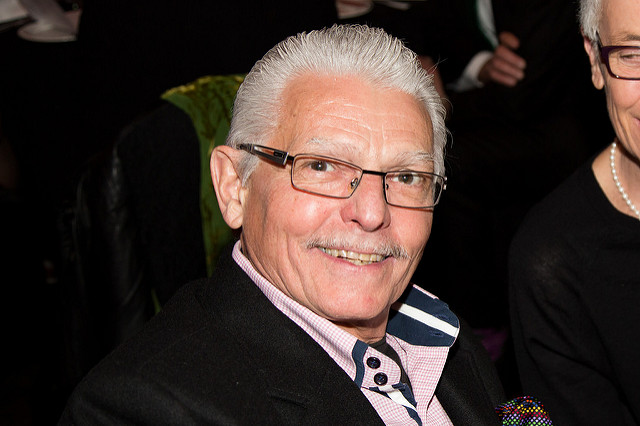 ‘8 rings glinting’: Tilly Lloyd
Greenberg always arrives heavily armed, with a totally overloaded trolley and sometimes a delectable pinot noir for “later”, issuing cheerful greetings to all as he swings down to the back of the shop, impeccably put together with 8 rings glinting, and sporting his latest woody moss, Annick Goutal Eau D'hadrien (having retired Hugo Boss and Agua Brava). Having ascertained that all members of our families are in the right place in the right condition, he then enters into a cheerful verbal combat, littered with deft caveats and reassuring murmurs, and sells in his list at stratospherically ambitious numbers. Then we go for a secret fag.

‘Sparkling keenness’: Bruce McKenzie
Paul has been around for most of my bookselling life.  Initially, I recall him most as part of a powerful group of publishing heavies (Bob Ross, John Seymore, Brian Phillips, etc.) that promoted trade schemes and enthusiasms. When I opened my own shop in ‘96, Paul was living in Palmerston North, just around the corner in fact. And while I left most of the stocking of my new shop to the big publishers, I frequently worked at his home and garage choosing amazing books from others. Those were nervous intense days, and Paul's guidance was crucial.

Subsequently, I spent many happy hours at Paul and Joan's beautiful house in Oxford Street, eating Paul's great food and drinking his good wine (and cocktails). Now, 20 years down the track, I get most of my publishing enthusiasm from Paul. In all these recent years of change and change, and gloom and more gloom, Paul has never stopped showing us books without his practical confidence and sparkling keenness. He has kept a big part of me alive.

‘A 7-foot character’: Gary Pengelly
I am so very grateful that someone managed to get a 7-foot character into the something-less-than- 6-foot frame that is Paul Greenberg.

While the presence of Paul will not be as evident around the industry, his influence, his passion, his burning desire to see others succeed, and have fun while doing it, are all essential elements in the Greenberg cookbook of success. I highly recommend it – even at priceless, it is still a bargain!

To list or summarise the multidimensional impact of Paul’s career in the NZ book trade is extraordinarily difficult, and encapsulating even a small part of the personal impact his presence has had is a gargantuan task. I can only hope that he has some clue as to how inspirational he has been across multiple generations of booksellers.

‘Love that man’: Marcus Greville & Niki Ward
Paul’s last rep visit to Unity was a couple of weeks ago, selling in his list of local publishers and writers, alongside his rich international pickings, and I tried to savour every moment. Afterwards, I struggled not to cry when talking with my fellow Unity colleagues about him.

Later that night, I went to Ekor Book Shop and reminisced with Manager Niki Ward. Niki and I spoke of Paul’s enormous effect on each of our bookselling and personal lives, but trying to appreciate the breadth of Paul’s Greenbergness left us in many moments of silent incomprehension. Niki ended one moment of quiet bafflement by raising her glass towards me, saying, ‘Love that man…’ and whether it was command, expression or observation didn’t matter, because all were and are true.

Careering with Paul Greenberg: Bill Noble
The last comment comes from Bill Noble, a long time friend and ally of Paul’s, who has managed to capture something essential of Mr. Greenberg’s ineffable nature.

Around about halfway through these 50 years, I had a late-night ride with Paul in his oversized, overpowered vehicle from Glenfield to Helensville. In our narrow land, this is near-as-dammit a coast-to-coast journey. It took about half the time it should have, considering there was no street lighting, nor even the light of the moon. I sensed we were in a deep dark forest. The car's headlights were irrelevant, as Paul was overshooting their beams. But then, the whole question of visibility was moot, as Paul could not see over the dashboard. Also, his red-stockinged little feet did not reach the pedals.

I know this, because early in the trip I had assumed a full-fetal position on the floor, and could see between my shaking knees that the accelerator was under the control of some supernatural force. The brake never moved. Somewhere along the way, I sensed not only that this was my last day on earth, but that I was totally OK with this; Greenberg had, in effect, and wordlessly, sold me on my own mortality. By comparison it was as if nothing for him to sell me and many others thousands and thousands of seemingly unsaleable books during his career. What wonders can be achieved with effortless personal charm and infectious, boundless self-delusion!

There will be a farewell for Paul Greenberg held on Saturday, 7 October, from 6pm at Unity Books in Wellington

The South Island will also get the opportunity to say goodbye to him on Saturday, 14 October, from 6 - 8pm at Scorpio Bookshop in Christchurch