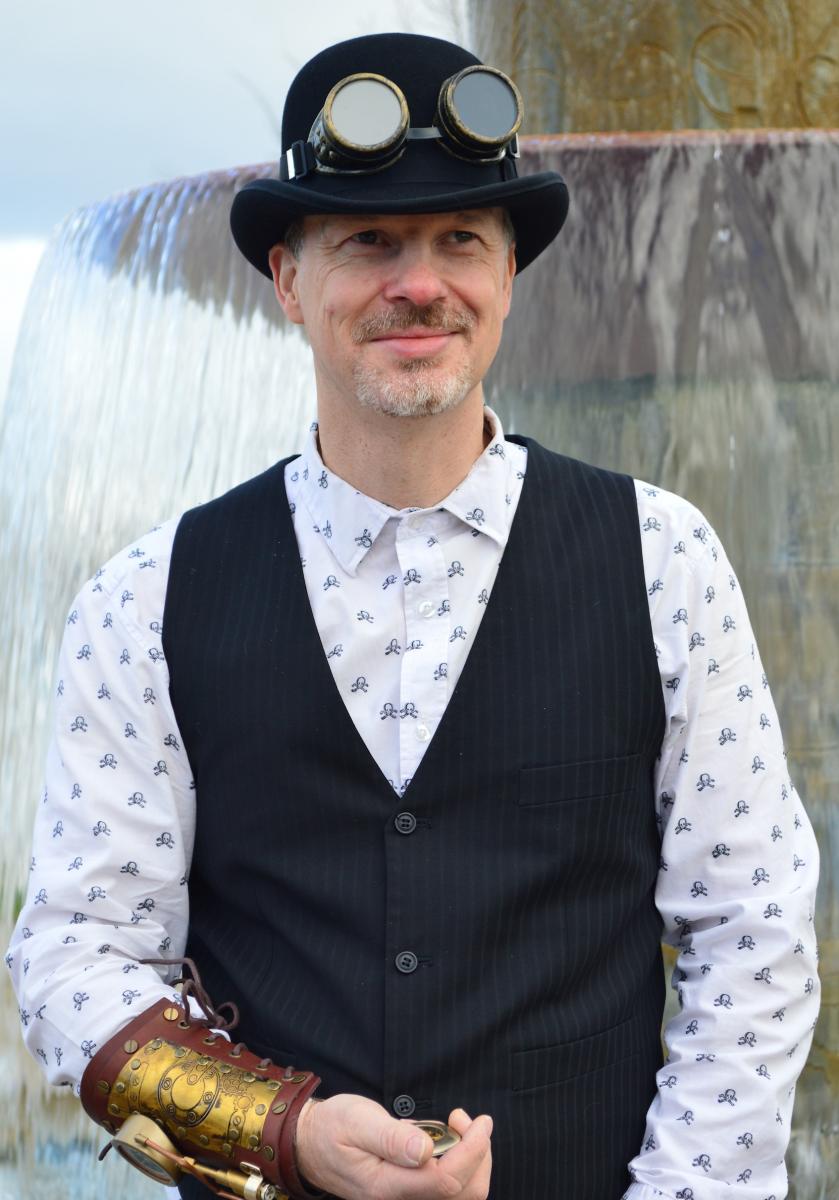 storytelling magician is using his skills to entice kids into reading.

And it’s working, with Gareth Ward’s latest novel, The Clockill and the Thief (Walker Books), racing up the New Zealand bestseller charts to become the third overall bestselling book last week, with only international superstars Andy Griffiths and David Walliams ahead.

Hawke's Bay-based Ward, who is represented by the same UK literary agency that also looks after JK Rowling, has already had his work described as the successor to Harry Potter by the NZ Herald.

He will embark on a series of school and bookstores events the first week of September where he’ll get kids aged between 10 – 15 hooked into the power of a good story using just a smattering of magic.

New Zealand Book Council research found that fewer men are reading books, so engaging boys in particular to read for pleasure is incredibly important to Ward.

'When I set about writing the Traitor series I deliberately tailored it to be appealing to boys. From experience as a bookseller it seems boys can be harder to entice into reading but once they find something they like they're hooked,' he says.

Ward garnered a string of accolades for his debut novel, The Traitor and the Thief, which was the winner of the 2016 Storylines Tessa Duder Award for an unpublished manuscript. He also runs two award-winning independent bookshops in the Hawke’s Bay and moonlights as a magician – known as the Great Wardini.

'I feel that now more than ever book shops and the love of reading they promote serve an important role in our community. Through the vicarious experience of sharing a story we can learn empathy, tolerance and understanding,' he says.

If the old adage to write what you know is true, then Gareth has a colourful past of career experiences to draw on for his fiction.

As well as being a magician, hypnotist, storyteller and bookseller, Gareth has worked as a Royal Marine Commando, police officer, evil magician and zombie, and as a writer and compere of Napier City’s inaugural steampunk murder mystery evening.

Gareth will be appearing at the following free events where young readers can meet him, learn more about his career as a writer and enjoy some magic tricks.